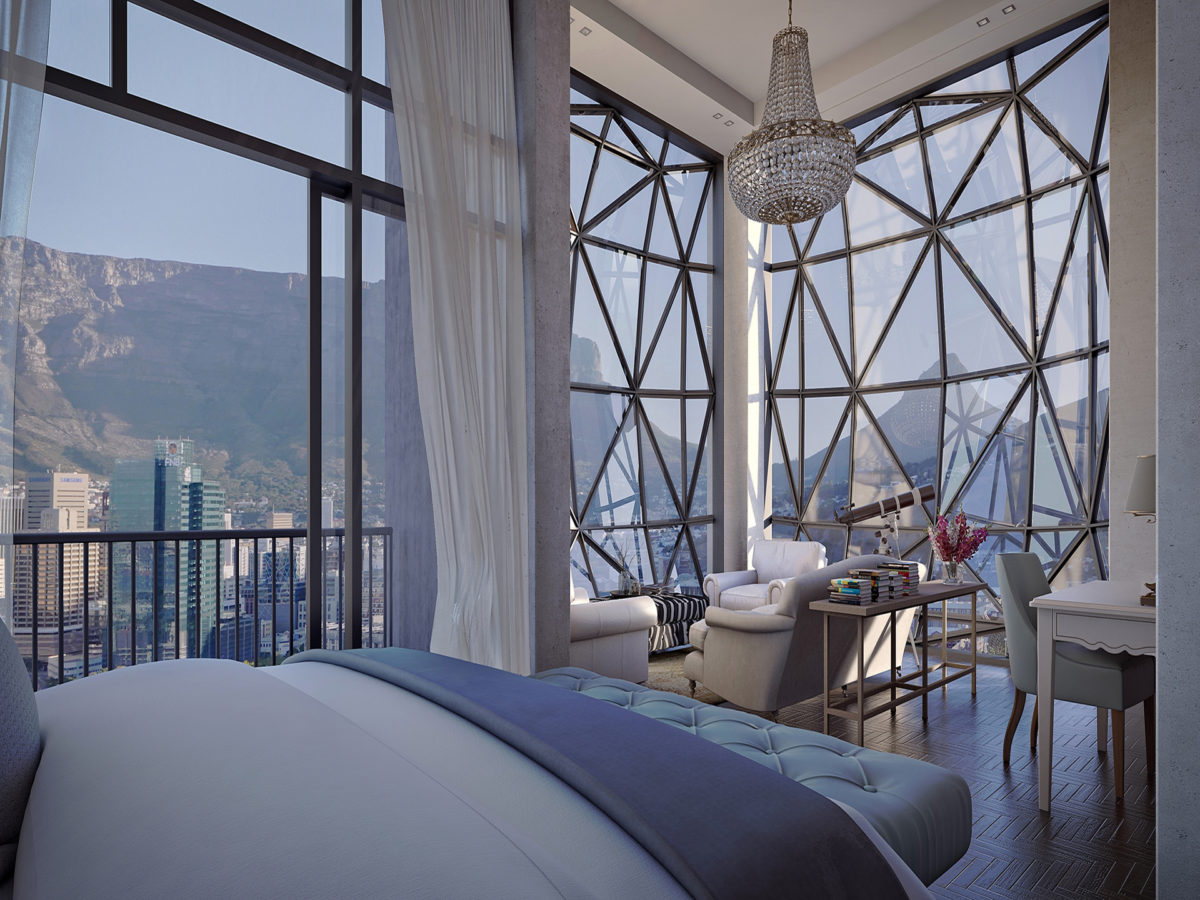 The Silo Hotel has recently opened its doors for visitors in Cape Town, Run by the magnificent Royal Portfolio Hotel Group, it is well known for its other luxurious hotels in Africa. 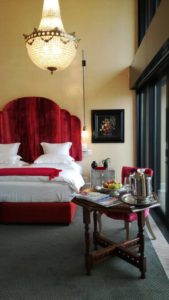 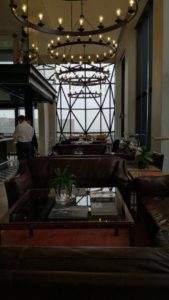 The Silo has been built in the grain elevator portion of the historic grain silo complex occupying six floors above what will become the Zeitz Museum of Contemporary Art Africa (MOCAA). Zeitz MOCAA will house Africa’s largest collection of contemporary African art and will open in September 2017. We think this museum will become Cape Town’s answer to Le Louvre and the Tate 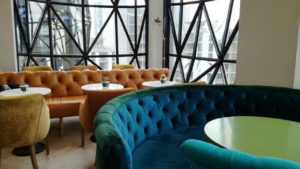 From the outside, it’s an industrial beast with an standout set of 25-feet-high convex windows overlooking the V&A Waterfront. The inside, by contrast, is a riot of color, patterns and design, with 28 individually designed rooms stocked with vibrant custom furnishings, oversized chandeliers and feature artworks. 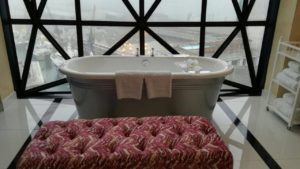 The hotel compromises of 28 rooms, for dining options it offers a bar, a cafe, a rooftop restaurant and a private dining room that can accommodate 22 guests.

The hotel also features a spa, a panoramic rooftop bar with swimming pool and The Vault, the hotel’s very own private gallery of African contemporary artists in the building’s basement. 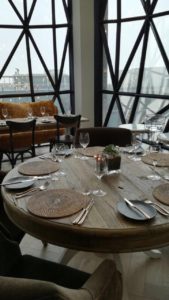 The Silo has long been a landmark of Cape Town and in 1924when it was completed was the tallest building in Sub Saharan Africa at 57m tall. It has been a functional grain silo and integral part of Cape Town ever since and only recently closed in 2001 when it began it’s new chapter in the Zeitz Museum and Silo Hotel. 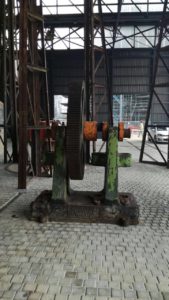