On Tuesday, 11 April 2017, The Inside Edge travelled to the Houtbosrand Ranger Station in the Kruger National Park as part of a joint exercise involving South Africa’s Council for Scientific and Industrial Research (CSIR), the South African National Defence Force (SANDF) and the South African National Parks (SANParks). The ranger station, situated approximately 80km from the Mopani Rest Camp, is home to the command and control centre of the first wide area surveillance system (W.A.S.S.) in the Kruger National Park known as Postcode Meerkat. Ultimately, the purpose of the exercise was to allow the CSIR an oppurtunity to fully demonstrate the system’s capabilities to representatives from the SANDF and SANParks all while highlighting its vast array of advantages. The Inside Edge was responsible for some of the logistics involved during the two days it took to fully demonstrate the system’s capabilities. 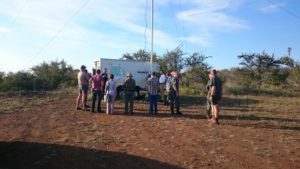 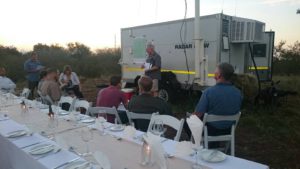 The Postcode Meerkat system is the brain child of SANParks, Peace Parks Foundation and the CSIR who partnered together to research, develop and manufacture this game-changing system. The system itself comprises of a suite of radar and electro-optic sensors that can detect, categorize, observe and track humans moving in the park. This W.A.S.S.’s appliance will not only guarantee early warning and rapid response capabilities but will improve ranger reaction times, allow for better planning and support the apprehension of poachers. In addition, the system has been designed to be mobile so that it can be rapidly deployed to prevent poaching crisis zones from developing. 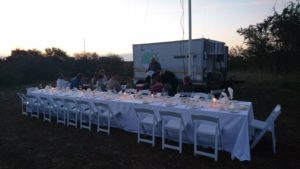 Ultimately, the Postcode Meerkat will significantly increase the park’s ability to protect our rhinos, other vulnerable species and could help save the lives of both humans and animals. The Inside Edge was honored to be a part of this joint exercise and truly believe that this technology can help bring poaching to an end. 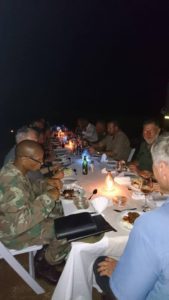 World class safari experience, including on an afternoon game drive witnessing the spectacular sighting of a Leopard successfully hunting a warthog

Surprise Bush Dinner for the participants 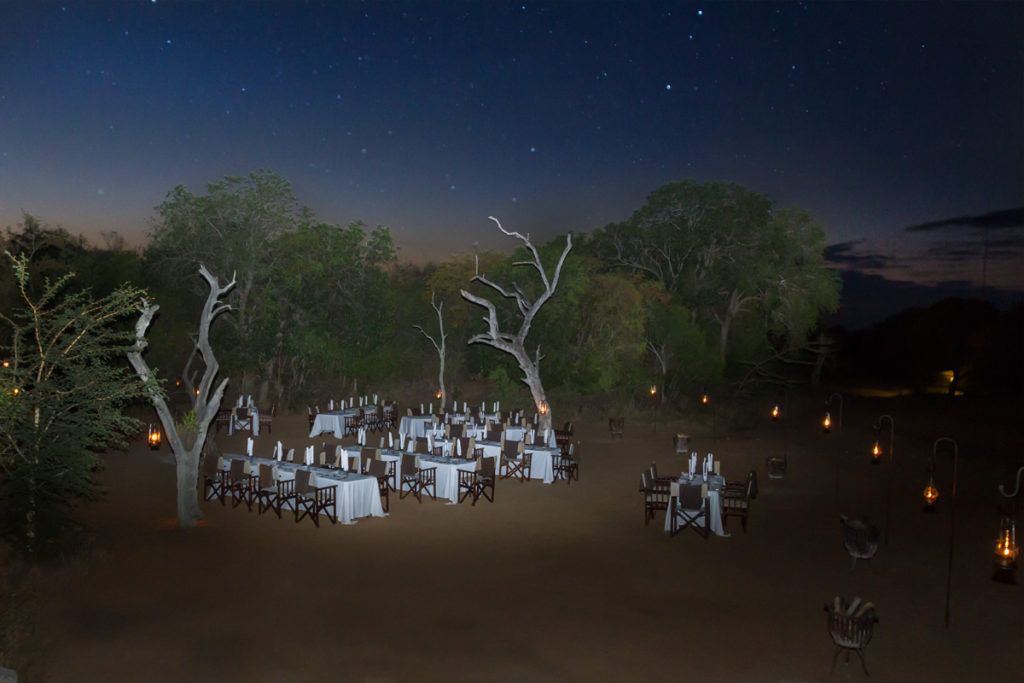 Kapama Game Reserve is situated in the Limpopo province, next to the Kruger Park, in an area renowned for its wildlife and superb safari destinations, Kapama is home to the Big 5 game as well as over 40 mammal species and 350 bird species. Hoedsruit airport is a 10 minute drive away making this a prime incentive destination for clients who are inbound from Cape Town or Johannesburg.

Please be aware video below is not for sensitive viewers.